The Penis Festival, also known as the Kanamara Matsuri, takes place annually on the first Sunday of April at Kanayama Shrine. 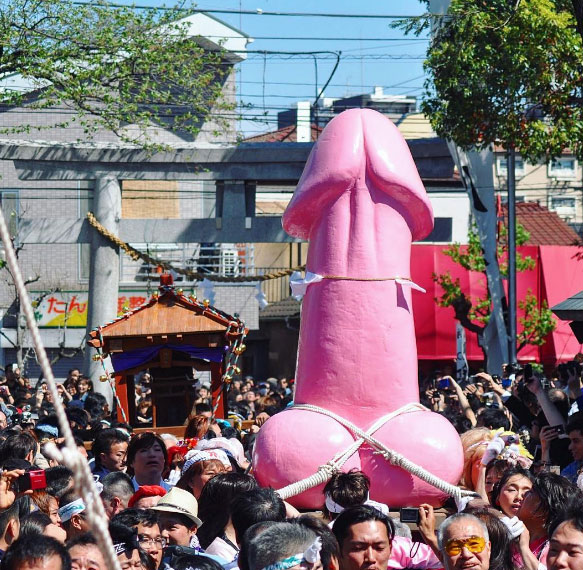 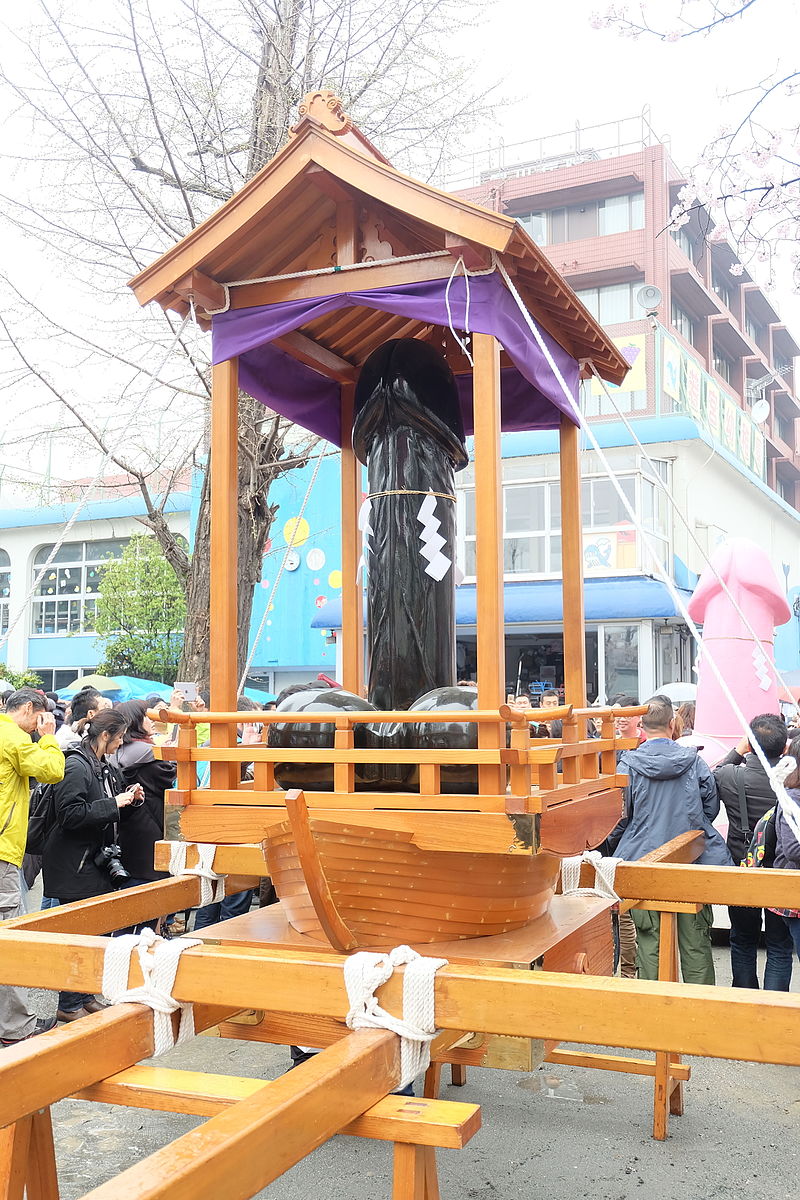 Kanayama Shrine is a smaller place of worship located within the grounds of yet another shrine Wakamiya-Hachimangu, and is located in Kawasaki, Kanagawa Prefecture. It enshrines the legendary Emperor Nintoku (otherwise known as Oosagi-no-Mikoto).

The City of Kawasaki had some, but limited, information on the history behind the shrine and festival. There are two myth stories that relate to this shrine.  The first one is legend of Kami. Legend has it that when Shinto goddess Izanami no Mikoto gave birth to a fire god, she suffered great injuries on the lower half of her body. It’s said that Kanayamahiko-no-Kami and Kanayamahime-no-Kami, two gods enshrined at the Kanayama Shrine, healed Izanami’s injuries.

According to some sources, Kanayamahiko and Kanayamahime were both originally gods of mining and blacksmiths. But because of this myth involving Izanami, those seeking help with venereal diseases, fertility, safe childbirth, and matrimonial happiness began to pray to the two gods as well 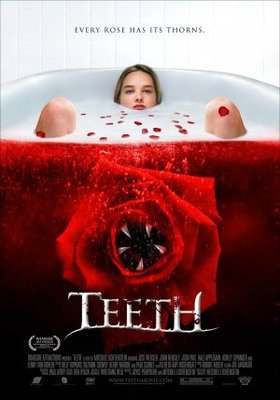 The second tale involves a woman who had a demon living in her vagina who would bite off the penis of men.  Of course, it was not only the first husband’s penis, but also other new husband’s penis. This quite similar to the movies, teeth, 2007 comedy horror film that was written and directed by Mitchell Lichtenstein.

Back to the tale, the poor lady went to a blacksmith. So, the blacksmith made her a penis made of steel.  When she inserted it into her vagina, the demon bit and broke it teeth.  Finally, she can live with a normal life with husband.